Tip #22 4 Generations in Your Work Force

Tip #22 4 Generations in Your Work Force 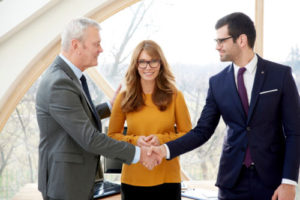 For the first time, the increase in life expectancy means there will be four generations of people, and therefore candidates, in the work force. Those include the “traditionalists” born between 1922 and 1943, the “boomers” born between 1943 and 1960, the “Gen-Xers” born between 1960 and 1980, and the “millennial” born after 1980. Each generation has a different perspective of the role of work/career in their life.

Traditionally, American business has had two working generations at a time. Even then, the values of those generations were drastically different. Today, primarily because of technology, there is a much greater difference between the generations in the workforce. These differences are likely to be revealed in the interview process. They can work for you if you recognize them, or against you if you don’t.

Traditionalists are known for their loyalty, hard work, and faith in institutions (i.e. employment, government, and social structures like churches, schools, etc). They remember World War II and either experienced or felt the immediate impact of the Great Depression. They’re fiscally responsible and work/life balance is very important to them.

Boomers tend to identify themselves with their career achievements. They invented the 60-hour workweek and believe in getting ahead through hard work. There are 80 million Boomers in the work force. They are usually optimistic, but see themselves as agents of change. They are idealistic, but not as trusting in their government as their predecessors as a result of Vietnam and Watergate.

Gen-Xers grew up with the advancement of technology. They are adept, uncomfortable with change in their resources, and hard-working, but want an individual balance of work and play in their lives. They’re the first generation of latchkey kids and the first generation of techies. They tend to trust themselves more than the group and are independent, but flexible. They have experienced scandals in business – just as their predecessors experienced scandals in government. The drastic and erratic changes in business don’t bother them at all. They like to be in control and want prompt feedback

The millennia generation, of which you are probably a member, grew up with technology. They prefer a fast pace and are eager to learn. Millennias are inquisitive. You grew up with 24-hour media, 180 TV channels, the instant Internet, a global marketplace, and September 11th. They tend to be pragmatic, collaborative, and global in perspective. They work well in teams, are flexible, and have a keen sense of time management. Millennias are the ultimate multi-taskers.

Why this is important to you?

The reason knowledge of the generational DNA of business is important to you is that you need to understand how the hiring authority “sees” the world.

If you are interviewing with a “traditionalist,” (i.e. someone old enough to be your grandfather), you might want to stress traditional family values. If you were in the military, your experience there will probably mean a little more to this person.

If you are interviewing with a “boomer” like me, you want to stress your work ethic, willingness to go the extra mile, and determination to get ahead. Commitment to a long-term career with my company, although it may not be realistic, is important to us.

It might be OK to display an attitude like: “Hey, I’m going to take this job…or one like it…either with you or someone else…doesn’t matter to me…I expect to be there a couple of years, then for sure I’m move,” to a Gen-Xer. However, it would not be advisable to tell this to a traditionalist or a boomer.

I’m sure you get the drift of my message. Don’t go overboard with this concept. Just consider it when you are interviewing. Learn as much as you can about the values of the person with whom you will be interviewing, and you will have an advantage over your competitio