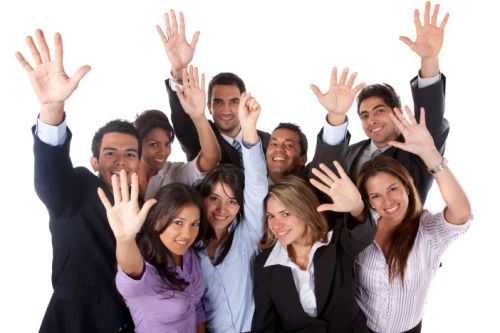 The average number of interviews required to get the job offer is three. I have worked with companies that conducted as few as one and as many as ten interviews of a candidate. That is ten different interviews with ten different sets of hiring/interviewing authorities. (That depth of process is usually associated with very high positions – VP level and above.)

Be prepared for three interviews, but for an entry-level position, two is what you will probably experience. You want to handle each interview basically the same way you handled the initial interview except that you will refer to the ideas and information you learned in the previous interviews.

“When I interviewed with Mr./Ms. _______, he or she mentioned that getting used to the rapid work pace here was the most difficult issue for relatively inexperienced new hires to meet. What do you think?”

Or, “Mr./Ms. _______ communicated to me that it is important for inexperienced new hires to overcome the ‘shock’ of long, intense work hours. What do you think?”

You will still want to sell yourself in the interviews, take notes, and close the interviewer for his/her support. As you can see, this is a very simple process. I didn’t say it was easy, but it is simple.