Home » Job Search Tips » Tip #44 If You Don’t Get Hired, Stay in Touch!
Previous Next 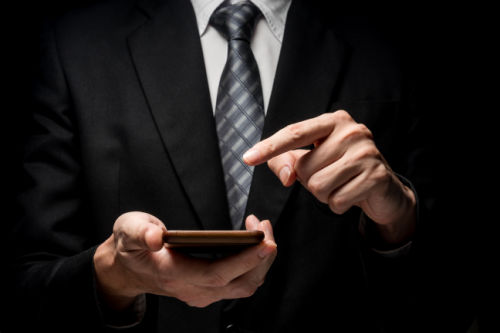 There are the events that in one way or another don’t result in a job offer. As you go through each one of them, you need to assess what you could have done better.

If you do not hear from the hiring authority after several follow-up attempts, you should call or write to ask why you were not pursued. If you can get the person on the phone, the following script works well:

“Mr. / Ms. ________, I really appreciate the opportunity I had to interview with your company. Since I have not heard from you within the time you said a decision would be made, and I have called a number of times, I’m assuming that the company has pursued another candidate. However, I would like to ask your help. Could you please tell me how I might have performed better in the interview? I’m hoping for constructive criticism that will help my continuing job search. What I might have been able to do better, or tell me why I was not considered for a second interview?”

Don’t expect a call back or email from every follow-up like this. If you do not hear from the hiring authority after you make this contact, put this person in your rotation to call 10 days later to remind him that you are still available. Remember to keep your cool. Never sound irritated or mad. And do not take it personally!

If you were eliminated as a candidate after the second or third interview, a decent hiring authority should communicate to you the reasons why. If he or she does not, it is a good idea to call, or as a last resort write, to ask what happened. Again, remember to keep your cool. Don’t be surprised if the reasons you were not hired had nothing to do with you.

Most hiring authorities think they’re going to interview and hire someone within two to three weeks. In fact, the average hiring cycle is nearly 90 days. Primary candidates can take a different job or turn down an offer, and often do. Continue calling to keep yourself on the mind of the hiring authority.

If you make it to a second or third interview with any organization, you were probably considered qualified to do the job. If the company hires someone else, it’s not necessarily based on his or her ability to do the job better than you, it is likely to be other intangible reasons. If you have progressed past the second or third interview, you may still be a viable candidate, even though the company is pursuing someone else. Don’t bolt for goodness sake, unless you find a job. Continue to pursue this opportunity for at least five weeks after their new employee has reported to the job.

Tell the hiring authority that you were impressed by him and the company, and that you would like to be considered for any other opportunities. Ask if he or she can refer you to any other hiring authorities, within or outside of the company. You’d be surprised how many people find employment with this technique. I cannot keep disappointment from happening. However, if you work the system as I’ve instructed, you will have many other, equally good opportunities and your disappointment will be short-lived.