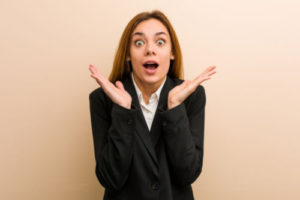 1. The Candidate did not adopt a committed, passionate, “failure is not an option” attitude about finding a job. Many job seekers think that just because they have a new degree, or military training, or some other advantage, that it’s going to be easy to find a job. They have absolutely no idea how many interviews and interview cycles are typically required to find a job. They have no idea of the massive number of cold calls it takes to get an interview. Surprised and unprepared to make that commitment, candidates will often quickly grow frustrated with initial rejections.

2. The Candidate had no “system” for finding a job. Without a system, the candidate’s focus wanders. We see them abandon their search as they wait for one opportunity to complete its cycle. They are hung up on the “result” and quit executing. Your search should run like a well-oiled machine that schedules and executes effective interviews with targeted companies. Consistently performing in that process will result in job offers. By developing a “system,” you don’t have to worry about the results.

3. The Candidate was unrealistic – about her value in the market, her skills vs. other candidates, and the average duration of a job search. Do not harbor preconceptions. You are not really going to know your value and the opportunities available for you until you start to manage the job search process and go on interviews. Be skeptical of “salary surveys,” there is too much market fluctuation and geographic variance for them to be accurate. It is going to take a lot longer than you think, and there are going to be many disappointments along the way.

4. The Candidate thought finding a job will be quick and easy. I’ve seen recruiting information from some schools that suggest their degree/training will make your job search short and sweet. It won’t be. You might get lucky and find a good job quickly, but don’t count on it. Instead, expect a long hard road full of potholes and roadblocks. Plan on your search, to find a good job, to take three or four times longer than you probably think today. You will almost certainly become discouraged, maybe very discouraged. That is part of the deal and you need to be prepared mentally for these pressures. It requires that you focus on the “system” and not worry about the result. You will find a good job, but you are going to have to work at it. The only goal is to find that good job sooner, rather than later or not at all.

6. The Candidate thought that the most qualified candidate is always hired. Lack of qualifications certainly keeps some candidates from being hired. However, most employers only reject out-of-hand those candidates who do not have their minimum qualifications. For every good job, there will be many candidates who are sufficiently qualified. The candidate hired will be the one who interviewed well. You need a foolproof, specific, scripted interview presentation that will insure success 95% of the time. It may not guarantee you the job, but it will guarantee that you interview well, and that will eventually lead to a good job.

7. The Candidate blows the interview. In our experience, this almost always happens because the Candidate did not prepare well for the interview, did not sell himself strongly, or did not ask for the job. We’ve seen all types of candidates fail to execute these basic interview functions, but new graduates fail more often. They neglect to dress properly, or can’t clearly communicate their talents and experiences. Many are too intimidated to even ask for the job. The techniques of preparation and execution are simple, but it takes awareness, focus, and practice to hone the skills.

8. The Candidate had the wrong attitude. Wake up! You’re not some valuable commodity over which companies will fight. The employer is not going to try to convince you to hire on – unless it is a bad job. Lose the “what can you do for me?” attitude. Replace it with “Listen to what I can do for you.” The right interviewing script will make the prospective employer want to hire you. If you give them good enough reasons to hire you, they will give you good enough reasons to go to work there. Remember, you have absolutely nothing until you have an offer.

9. The Candidate believed that a well-designed resume, sent over the Internet enough times, would result in a job offer. Not only new graduates make this mistake. There are 56,000,000 resumes on the Internet and barely 2% of them are ever selected for an interview. Undoubtedly, you do need a well-written resume, but expecting it to secure you a job is a pipe dream.