Tip #36 Overtime Could be Sudden Death

Tip #36 Overtime Could be Sudden Death 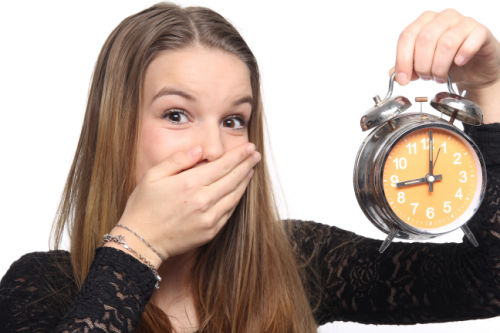 The longer the interviewing process takes, and more people who were involved in it, the less likely it is that you, or anyone else for that matter, will get hired. There is no standard time span for the interview process. I’ve experienced clients that took 15 minutes to decide, and I’ve experienced others that took 18 months. I’ve seen many that started with urgency, but ended with no one being hired.

In the interview process, you will have to deal with what I call “the paradox of urgency.” The paradox of urgency states that “every interviewing and hiring authority absolutely, unequivocally, urgently has to fill his or her position … someday.” Most hiring authorities act as though filling the position is the most important thing they can be doing and that they are going to set everything aside until the perfect candidate is found. Ninety nine percent of the time that is a bunch of bunk.

A hiring authority must act as though there is a sense of urgency in filling the position when interviewing you so that you will respond with interest. You can’t afford to get emotionally wrapped up in what hiring authorities tell you. They will tell you that you’re the best candidate that they have seen – yet you never hear from them again. You can’t control what other people do; you can only control how you react to it. Don’t get excited one way or the other because time frames in the hiring process are dubious at best.

We have a rule around my company, we call it Tony’s Ten Rule. It states, “If an employer and the candidate don’t take some kind of action after the initial interview to move the interviewing process forward within 10 working days, the probability of the candidate being hired decreases 10% for every day after those 10 days.”

The second guideline, and this is an overly broad guideline that can be applied to many aspects of the hiring process, is to have no expectations. Go after every opportunity you can as though it was the last opportunity ever. Prepare well. Interview well. Sell yourself as hard as you can. Just don’t have any expectations that anything will result. In other words, focus on the process and don’t worry about the results.

Interviewing and finding a job is one of your highest personal priorities. However, it is one of many priorities for the hiring organization. Hiring authorities aren’t intentionally rude or unprofessional. They, too, are subject to all kinds of factors that you may or may not know anything about.

People in this situation don’t intentionally lie, they just end up lying some of the time. You can’t let yourself be overly upset or distracted by it. If you are pursuing enough opportunities, none of these things should affect you. When the hiring authority tells you he or she is going to call you back, but doesn’t, if you have enough other opportunities to pursue, it won’t matter. Remember, finding a job is all about numbers, numbers, numbers.