Tip #26 The Real Power Behind Resumes and Cover Letters

Tip #26 The Real Power Behind Resumes and Cover Letters 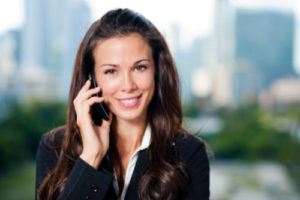 This fact is so simple and yet rarely used: Resumes with a cover letter are most effective when they’re supported by an introductory telephone conversation with the hiring authority. Your resume is 85% more likely to be read if the prospective hiring authority associates your voice with the document. Remember the cold call I discussed earlier.

The most effective way of using a resume and cover letter is:

Don’t be surprised if you have to call several times. Remember, you’re going to make 150 calls to get one interview. Most people have a tendency not to call at all, let alone call as many times as necessary. Being a pest is a lot better than being out of work and needing a job. It takes a lot of energy, passion, and a willingness to work through rejection. Even if you have to leave several voicemail messages with that person, this tactic is going to produce better results than simply emailing your resume.

Another strategy is to physically deliver your resume and cover letter to the hiring authority and request a face-to-face interview. This takes a lot of courage, but you will find it phenomenally effective.

As an entry-level candidate, persistence, determination, and courage make a difference. I can’t tell you the number of candidates that have gotten jobs over the years simply because they “showed up” right as the employer became desperate to hire someone. As I’ve said before, people who were at the right place at the right time are the people who showed up at a lot of places a lot of times.